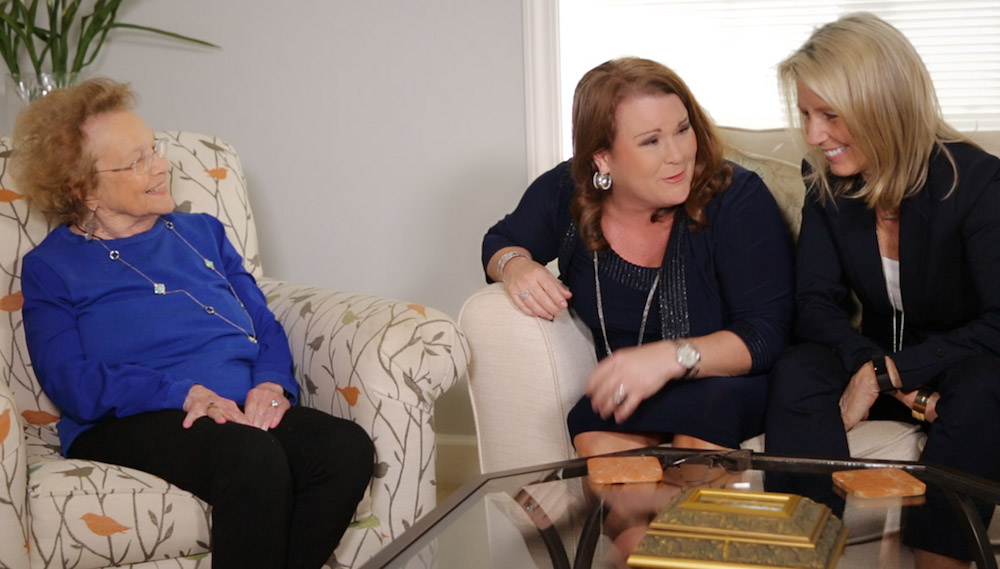 If you’re from north-central Louisiana, chances are you’ve heard of Mrs. Betty Lou. A fixture in Ruston, Betty Lou Robertson’s late husband, Scotty, achieved legendary success as the head basketball coach at Louisiana Tech and later as a coach in the NBA.

In the 1960s and ’70s, Coach Robertson transformed Tech’s program into a national powerhouse before moving on to the NBA in 1974 and serving as the first coach for the New Orleans Jazz. The Robertsons spent another 25 years in pro basketball before Scotty’s retirement brought them back to Ruston.

From the moment they moved back, says Betty Lou, Origin bankers Sharron Schimmel and Liz Johnson were there, providing a sense of community for her family.

“The bank was a welcoming place for us. Not only did you feel welcomed from a business standpoint but from a personal standpoint,” she says. “I know anytime I need anything, if I pick up the phone and ask for Sharron or Liz, it’s done.”

For Sharron and Liz, the job has been personal, fun and a source of adventure. Likewise, Betty Lou says, “They're full of fun; they brighten up anybody's day. Very special.”

Betty Lou says her Origin bankers have played an important part in helping provide security, which is even more meaningful after the passing of her husband, Scotty.

“I feel very comfortable with them,” Betty Lou says. “I know they have my best interests at heart, and I love them dearly.”

Click here to watch a brief video on the ladies’ relationship. Contact Origin Bank to learn what relationship banking can do for you.

Thinking About Buying a Home or Refinancing? It’s a Great Time, And Origin Can Help