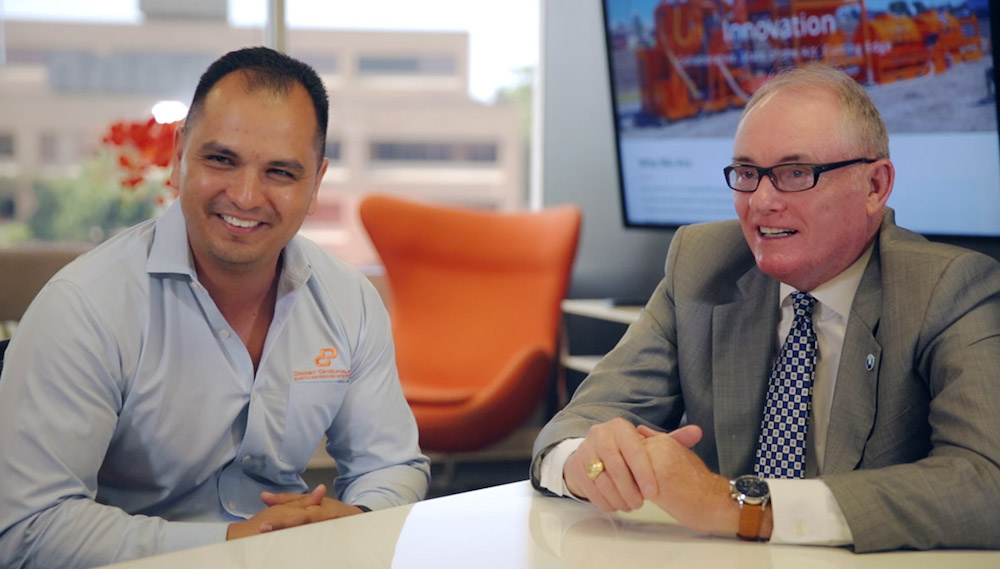 During his 40 years in the business, Origin banker Riley Couch in Dallas has listened to his share of business owners’ stories. Few of them stood out like the story told by Oscar Orduno.

Couch says Orduno, a Dallas-area contractor, impressed him the first time they met.

“Some of the things that jumped out different with Oscar was that he was very organized. He knew what his jobs cost and how much profit was in them,” Couch recalls.

That’s impressive, given the complexity of Orduno’s specific line of work. His company, Oscar Orduno Inc., specializes in geotechnical engineering – moving and retaining large amounts of earth – for commercial and highway construction.

“We put the effort in showing [Origin] why we’re the experts in what we do, and they felt comfortable helping us,” Orduno says.

He also says Origin treats him the way he treats his own customers. In fact, he’s referred several friends to the bank.

Instead of moving soil and rocks, one of Orduno’s next jobs will be moving the entire company, which has just about outgrown its location, into its own space.

“It’s a big milestone for us to be able to have our own facility,” he says. “This was my dream all along.”

The need for new space is a direct result of Oscar Orduno Inc.’s success. Orduno credits Origin and his relationship with Couch for this rapid growth.

“It goes back to the initial trust that Origin put with us and everything that has been built over the years with them,” says Orduno. “All the knowledge and experience that Riley has, too, has been a big part. When we have financial questions, there's a source there with plenty of background that can guide us in the right direction.”

Learn more about the relationship between Origin and Oscar in this video.