The Power of Connections 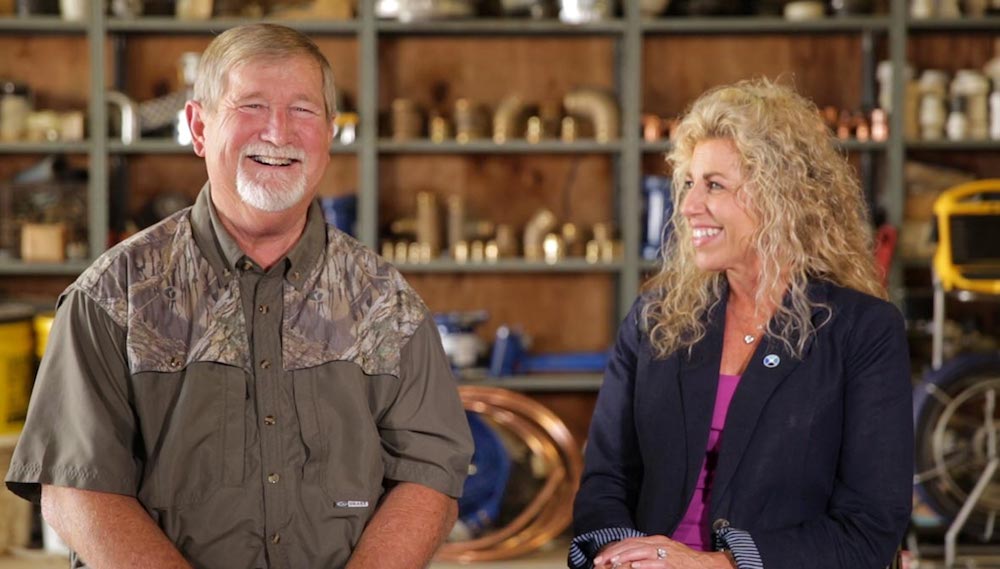 Shreveport businessman Jim Roach called Origin banker Mary Yawn late one afternoon. He needed Yawn to prepare a check, but he wouldn’t get to her office until after she was scheduled to leave. In most cases, this request would not be feasible. For Origin, this is all a part of building relationships.

A third-generation plumber and the owner of Roach Plumbing & Heating in North Louisiana, Roach began learning the profession from his father at age 13. Over the years, he’s come to understand the value of relationships with customers, employees and business partners. These same values encompass Origin’s business philosophy, making the Roach Plumbing partnership an ideal fit.

Like Origin, Roach values relationships within his community as well. He is an ardent supporter of Woody’s Home for Veterans, a local nonprofit that serves former members of the military suffering with mental illness.

Yawn recalls Roach telling her about his involvement in an upcoming fundraiser for Woody’s Home for Veterans.

“Jim had come to me and told me that he was working on that project, and he basically was heading it up,” Yawn says. “He was so passionate about it.”

In fact, Roach was so passionate that he successfully recruited Yawn to take part in the fundraiser on behalf of the bank. Using Origin’s Project Enrich employee program, she volunteered at the event cooking and serving snacks.

The connection between Roach and Yawn, based on service to others, is indicative of their relationship and re-emphasizes one of the most important things they have in common--giving back to those around them.

Watch a short video to learn more about Origin’s relationship with Jim Roach.

The Basics of Banking: Part 5