A Recipe for Proven Partnership 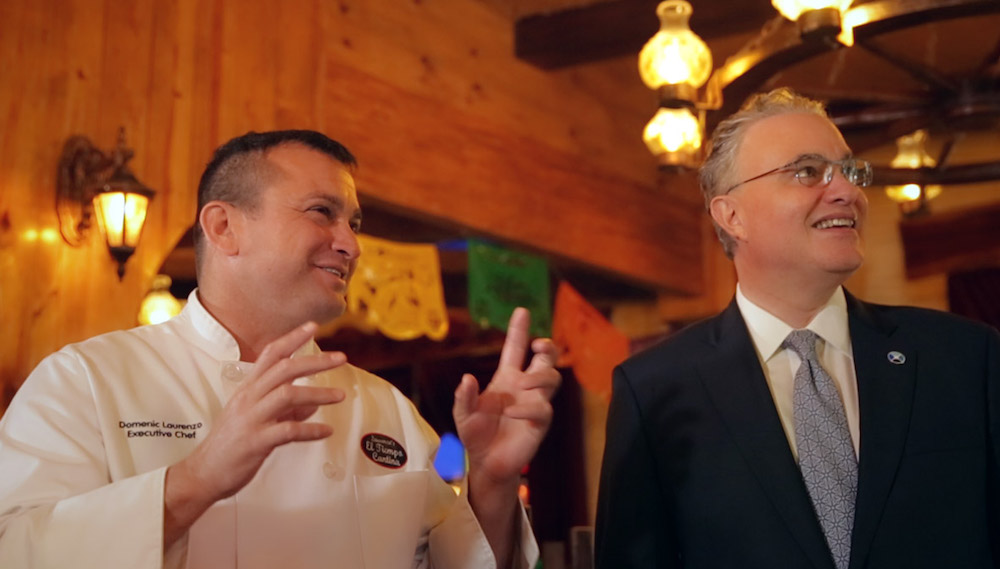 If third-generation Houston restaurateur Domenic Laurenzo’s name sounds familiar, it should. The owner of El Tiempo Cantina is the grandson of the legendary Ninfa Laurenzo, whose Ninfa’s restaurant chain went on to become an institution of Tex-Mex and Mexican cuisine.

“She was a pioneering businesswoman,” Domenic Laurenzo says. “She’s considered a hero among the Hispanic community here in Houston.”

Origin banker Jody Proler recognizes Ninfa Laurenzo’s legacy, as well. He still remembers her greeting him with a smile or a hug when he visited the restaurant with family and friends.

“Jody has a very personalized touch,” says Laurenzo. “He's always working very intimately with us, and so we consider him almost like family.”

That’s crucial, given the nature of the restaurant industry and El Tiempo’s aggressive growth. Laurenzo has about 1,000 employees, many of whom have been with the company for 30 years or more.

“Jody has played an integral part in helping us open up over 20 bank accounts and special features that other banks wouldn't mess with,” says Laurenzo. “That flexibility that Jody and Origin Bank have had with us has really helped us. It's just a perfect relationship, especially for a rapidly growing restaurant company like ours.”

The experience has been impactful for Proler, as well. He describes the partnership as emotionally rewarding.

“It’s why I’m very passionate about making sure that we’re helping them do all the things they need to do to be successful.”

Watch a brief video to learn more about Origin’s relationship with El Tiempo Cantina and how it has solidified its place in the Houstonian community.